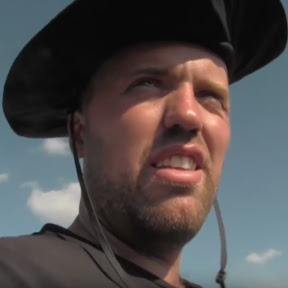 Some weird algorithmic confluence brought us together. Stobe The Hobo was in my YouTube feed. I binged all day and the next on his art…  and then a memorial post inserted itself into my playlist, complete shock and sadness.

The art and majesty of his adventures and music will never be matched. I am now watching his content in a new light. More serious thinking about his drinking, about his story, about his music, about his unique life and talent. I can’t help but wonder how the pressure of his YouTube gig got to him, how he was smart enough to figure out the dangers of his channel.  Given enough time, he would have realized his unique skill, clever dialogue, cinematography, and music makes any trifle outing a perfectly watchable creation. He didn’t need to continue riding the rails.

And yet now he is dead. I searched, “What happened to Stobe The Hobo” and was greeted with a reddit post that described his end. Something about a train bridge, not enough room and a train. Grisly details that I cannot confirm or deny and really don’t care to know any more about.

I recommend taking his videos in chronological order. The very organic way the viewer realizes the backing tracks are his own, the editing improves, his stories improve, his despair increases. It’s a goddamn Shakespeare tragedy in real life.

I have many thoughts: His content will live on forever and become more and more popular. I hope his loved ones and family can realize part of his efforts. I hope YouTube PAYS them.

Did his drinking kill him? At first, his perpetual lookout for the hobo beer store is charming. Only someone who has had a similar relationship with the beer store can really understand the complicated game he is playing. The drinking doesn’t look so fun anymore.

The increased anxiety he displays as time passes, the nuanced way he inserts empathy, the music in the Tabernacle, the degrees of Stobe The Hobo are too many to understand.

In The Darkest Hours of The Night, Stobe The Hobo.