Just a few short months ago the revelations found in this book would have been more difficult, if not impossible, for me to accept. This book introduces the Two Space Program hypothesis and public consumption physics. One being appropriate for public disclosure and the other a deeply held secret of technology and alchemical science used to forward the very essence of evil, death, and destruction.

Hitler was the illegitimate son of a Rothschild. Germany was the first to detonate atomic weapons before the end of WWII. Kennedy was killed by Secret Nazi forces pulling the strings of the CIA, FBI, big oil, equity markets and international banking.

The Nazi empire that was purposely established in the US following the war has now reached its apex.

Today, it is no secret the CIA, FBI, NSA, DOD… are open Nazi organizations bound and determined to follow through with the death and destruction of everything we hold dear. 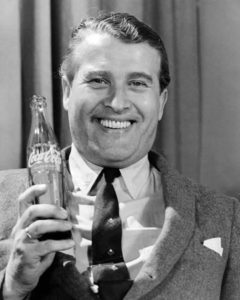 “And remember, Carol, the last card is the alien card. We are going to have to build space-based weapons against aliens, and all of it is a lie.”

“Like many others examining the “suicide” of Geli Raubal, Stevenson speculates that Adolf Hitler, in a fit of blind rage after Geli had threatened to expose the fact that his grandmother had born a child from Baron Rothschild of Vienna, had killed his niece with a pistol, and then fled the scene in panic, and appealed to Bormann for Help.”

“In 1943, while World War Two was raging in its full fury, an American author published a little-known and long-forgotten book called The Thousand Year Conspiracy: Secret Germany Behind the Mask. The author’s name was Paul Winkler, and he sought to explain the most fundamental mystery of World War Two – and indeed, in a certain sense, of World War One as well – and that was, what on earth had happened to the Germans?”

“Various conspiracy researchers have pointed out that there seems to be some “rogue” element within the American (and to a lesser extent, other nations’) intelligence services, acting on its own and often counter to its host nation’s national interest, and following its own more-often-than-not murky agenda.”

“Unless one is to believe the Nazis’ own Thule Society-inspired belief that the white Aryan race is ultimately of extraterrestrial origin, the indicators seem preponderantly to point to terrestrial, and most probably German origins for the technology.”

“The entire development arc of the radio tube, from Edison’s first experiments with filament for his incandescent lightbulb to the vacuum tubes that formed the switching mechanisms of ENIAC, lasted about fifty years. The development of the silicon transistor seemed to come upon us in a matter of months. And, had I not seen the silicon wafers from the Roswell crash with my own eyes, held them in my own hands talked about them with Hermann Oberth, Wernher von Braun, or Hans Kohler, and heard the reports from these now dead scientists of the meetings between Nathan Twining, Vannevar Bush, and researchers at Bell Labs, I would have thought the invention of the transistor was a miracle. I now know how it came about.”